Warning: Stop Being a Nice Guy! Why Being Nice to Her Doesn't Work? 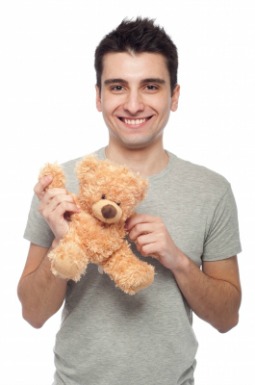 Stop being a nice guy!

Contrary to common beliefs that these actions will never work. People do these actions because other people around do so. Well, some of them may succeed, but the majority of them fail. Most people think that being nice to her is the only way to get her as their girlfriend.

If this is the way how you can get a girlfriend, then why there're only a small amount of people succeed with this method?

I'll tell you why, this is because these lucky people did right things subconsciously when approaching women. You can see those who are successful with women by being nice to her are different with other ordinary guys.

They're confident in themselves when they're approaching women. The reason they send gifts, flowers or to be her driver is because they assume women like them already. See the difference?

An ordinary guy does these because he hopes women will like him after he did these. By contrast, a successful guy thinks women like him already, the purpose he does these is to build the tension and get closer with women. Women assume this kind of guy as a "bad guy".

You don't want to be that Mr.nice guy who was being very nice to his dream woman but eventually receive a just-be-friend card. Being nice to women is a bad idea. The successful guy attracts women first if he wants to be nice to her. You have to spark the attraction first, otherwise you'll drop into the friend zone.

As mentioned earlier, a successful guy is confident in himself that women like him. That mysterious self-confidence is sexy for women, it sparks the sexual attraction so women attracted to him. Once this sexual attraction exists you'll never drop into the friend zone.

However, if you're being too nice to her, you could turn from a bad guy into a Mr.nice guy. In other words, you'll lost the sexual attraction. Normally, this results in get dumped by your women eventually.

That's why being nice to your women is never been suggested at the beginning stage, it's better you do it after the relationship is established. And remember don't treat her overly nice, you'll be seen as clingy and wussy. Instead, be a challenge to her.

Stop being a nice guy! Get to know why being nice to her doesn't work

Being easy to be expected

If you're being too nice to women, your action will be very easy to be expected, especially attractive women. There're many guys around her trying to pursuit her everyday, if what you're doing are the same with other guys then this is not going to work, she'll think like this " Argh, again one annoy guy."

The actions that buy her gifts, flowers, drinks, be her driver are what she always has been treated by other ordinary guys. She expects these every day.

Therefore, there's no surprise for her if you're doing the same. On the festival day or her birthday, your gifts and blessing are being expected because she knew you're into her.

You won't give her a deep impression about you if you behave like those Mr.nice guys around her, not to mention that you want to get her be attracted to you.

Being needy and clingy

A lot of guys were being nice to women is because they thought women will like them back if they treated women nicely. This is totally wrong.

Nice and sweet action will help you to get a woman is what only might happen in the movies, but not in the real world. This kind of love movies is created because women like the feeling of being treated nicely by a handsome and gentleman prince.

However, this is not how their mind wired up, attraction doesn't work like this.

Therefore, guys are being misguided by these toxic movies and treat women as nice as they can without notice the fact that this let them lost all their attraction to women.

These actions look needy and clingy. If women refuse to accept their gifts, they feel hurt and started thinking this is because they treat her not nice enough. You must be aware of this and don't be brainwashed by those love movies.

Being overly nice to your woman will lead her to think that you're always at her side when she needs you. You'll be seen as overly available.

Do you know that in the realm of dating and relationships has economic too?

According to the concept of supply and demand, assume the demand is constant - the value of things will rise if the supply decreases, inversely the value will drop if the supply increases.

Therefore, if you are overly available, your attraction to her will decrease. That's one of the biggest reasons that being nice to her doesn't work. To increase your attraction, you have to be scarce to her.

If you have something to do then just fully focus on it. Focus on your goals, your life purpose and your dreams, your mission in life should not be your woman. Find her only when you're free and never stick to her if you're busy, otherwise you will kill your attraction to her.

No challenge for her

In a relationship women need challenges. This is a fact that most guys never know, they think women want a sense of security and safety so they're being very nice to them.

Inversely, women want challenges in their relationship. They make up and put nice clothes on themselves is to increase their attractiveness to attract the guys around her. Those guys who're easily attracted to her are not a challenge to her.

Bad guys are not easily attracted to only one woman, they're interested in many women. This is a challenge for women to attract this guy fall in love with her only. Bad guys never follow rules to behave, their life is always changing, and these lead women to think more about them because they're mysterious.

Bad guys are more attractive than nice guys, we always heard women said they like nice guys but don't like bad guys. If they're not lying then they must not aware how their mind works.

If you behave like a nice guy and being nice to her every now and then, then you'll become unattractive to women. They see you as a sexless object like their female friends.

In other words, you drop into the friend zone. "You're nice, but I don't love you." You must be confused that why women said you're a nice guy but they still refuse to be with you. This is simply because their brain is hard-wired to prefer bad guys.

Mr. nice guys don't like adventure, they don't like challenges, changes, and unpredictable things. They prefer to stay in their comfort zone because they scared to change, scared to test their self-worth, and scared to risk.

Nice guys like to play the safe game. Therefore, their life is nothing special but boring.

An attractive guy is able to hold his woman's hand to explore the unknown world together, he's willing to try something new he never tries before, he'll do something nobody ever tries, he challenges new experiences, he likes to change to be better and so on.

So now you know that being nice to women doesn't work. Stop being a nice guy, you should learn how to behave like a bad guy.

Don't get me wrong, I'm not telling you to be a jerk. You can behave like a bad guy without being a jerk, internalize their personality traits and integrate with yours will boost your attraction to a higher level. So then you can attract women naturally.

Need more help? Here's a program to guide you along.

So that's it. That's why being nice to her doesn't work.

I learned these lessons through my personal struggles in my love life.

I had experienced severe depression and finally overcame it.

Overcoming these nice guys' behaviors is not easy. Hadn't I personally go through a program I won't be able to transform my mindset and behaviors.

So, I'm giving you one more bonus resource to help.

You can learn how to turn from a nice guy into a bad guy with an effective and clear plan.

To be a guy that is irresistible to women, get the bonus resource by clicking the image below. 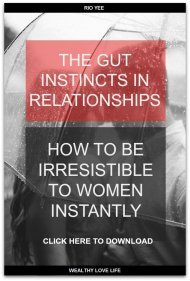 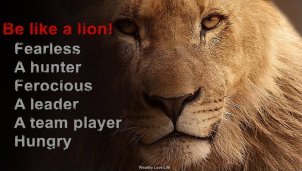